On the weekend of March 11th-12th, 2017, we had the opportunity of presenting the Teams of Our Lady to the Archbishop of Havana, Monsignor Juan de la Caridad Garcia, who allowed the introduction of the Teams of Our Lady into Cuba. This very emotional success story came about in the following ways.

During 2016, the International Leading Team asked us to organise the expansion of the Movement, especially into a Latin-American country where the Teams were not yet present.

Once we had spent some time carefully thinking about it, analysing the different alternatives available, we decided to go to Cuba, with the support of the Mexican Teams, who are so geographically close to Cuba, such a complex country because of its political situation but also full of challenges. We indeed recognised the need for families in that country to be able to experience a different reality, one of Spiritual Conjugality and holiness through their married life.

And so, it is that through Leticia & Guillermo Munoz, the Regional Couple for Mexico, that this whole adventure began. In a risky fashion, but motivated by deep faith, they organised a visit to Cuba during their Christmas holidays in Cancun, December 2016. Making use of this geographical proximity, they managed to obtain an interview with Manuel Una, a Dominican priest, aged 81. He opened up his house to them and welcomed them in order to tell them of the families’ need to be able to count on the Teams of Our Lady. However, he did point out that the Archbishop of Cuba’s authorisation would be needed to start a Team.

While still in Cuba, Leticia & Guillermo, with Father Una’s help, managed to have a quick meeting with Monsignor Juan de la Caridad Garcia and to get a date from him when the Movement could be introduced in an official manner. This date was Saturday, March 11th, 2017, within the framework of the National Commission of the Family. 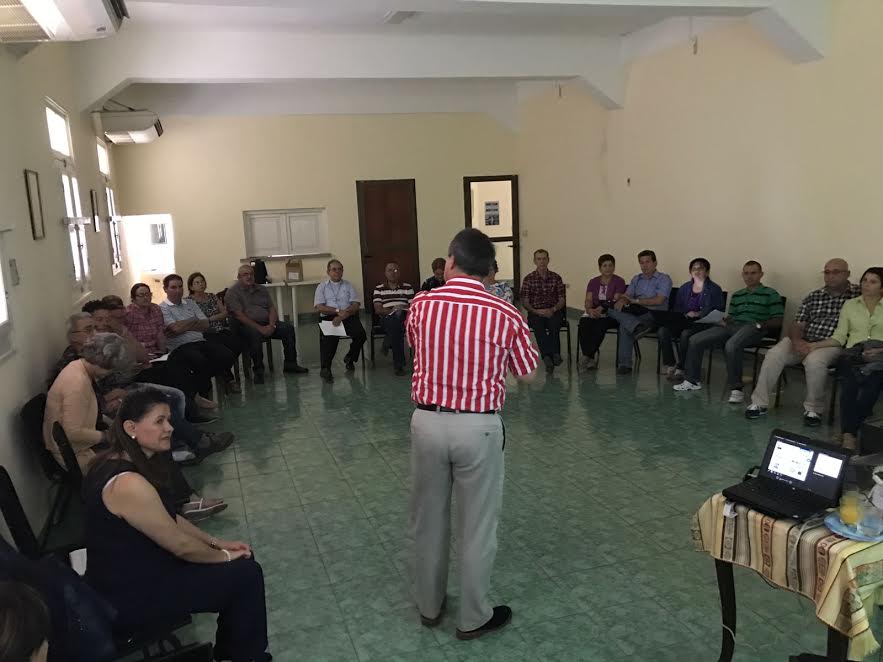 On that weekend then, honouring the date given by Monsignor, both the Regional Couple for Mexico and ourselves, the Responsible Couple for the Latin-American Super-Region, presented the Teams of Our Lady to the Archbishop of Cuba and 12 couples in charge of the family pastoral in all the dioceses; we obtained his authorisation to launch the Teams in this Caribbean country. We also visited Father Manuel Una and Luis Chillan, who knew of the Movement in Spain, in order to motivate them to help us put together the first Teams in Cuba. And this will be the mission to be rapidly fulfilled during this year 2017.