Pope Francis recently published an apostolic letter in the form of a “motu proprio” addressed to the Bishops, entitled “Learn to take your Leave,” governing the resignation, for reasons of age, of holders of certain offices subject to Papal appointment. The Pope referred to the fact that bishops are invited to resign upon reaching 75 years of age because, after a life dedicated to the service of the Church with the highest responsibilities, they need to rest and prepare for, according the Benedict XVI’s lovely expression, “the last voyage.”

After these past six long years in the service of the Movement as Spiritual Counsellor to the International Leading Team, I too am invited to “learn to take my leave.” In the beginning, it seemed almost like an eternity, while now after six years, the time has gone by so fast, it is like it was only yesterday!

It is true that the time to say “goodbye” has not quite arrived: it will only be at the end of the great Gathering in Fatima, next July. Today, it is merely a question of learning to say “goodbye” to all of you, very dear couples. I would like to thank you for your attentive reading of my letters over these past six years. I was delighted to hear you tell me at the various Colleges or on other occasions, “Now we can get to know you personally, in a different way than through the letters!” You gave me the impetus to continue this service of rooting my brothers and sisters in the faith and in the enthusiasm of experiencing the holiness of the sacrament of marriage, as a couple and as a family.

As you know, I have done nothing more than exhort you to be faithful to the mystique and to the pedagogy of our Movement: fidelity to the Endeavours, with particular stress on two of them, married prayer and the Sit-Down. Associated with the other Endeavours, these two can be considered to be essential, because if you are not able to pray together as a couple, how are you going to live out your marriage in the light of faith? The Sit-Down in God’s presence and in a prayerful atmosphere helps the couple centre their life on the One, who is the raison d’être of a Christian, who lives out their conjugal union in the Lord. The mission that couples today are called to will not be able to succeed, if their holiness as a couple and as a family does not shine through.

If, in the beginning, the founding couples and Father Caffarel’s desire was to seek how to experience and live out holiness as a couple and as a family, today this desire has become a mission: that of proclaiming in words and lifestyle, in a world that no longer believes, that the ideal of Christian marriage is worth living. I firmly believe that Christian marriage, like yeast, will save the world from the chaos in which it finds itself today. There is no hope for the world, without the leaven, without the presence of the Christian family.

This is my will, my strongest desire for all of you. May the Lord who united you through the sacrament of marriage bless and protect you. May the Immaculate Heart of Mary be your sanctuary and the path that leads you to God. Next July, we will go to Fatima for the great Gathering and we will ask our Mother for her maternal protection of our Movement and for each one of you individually. I bear you always in my heart and in my priestly prayer! 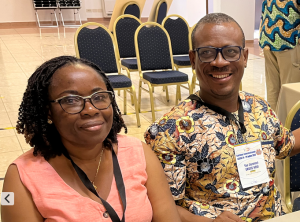 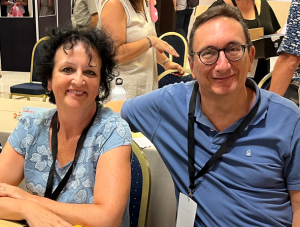 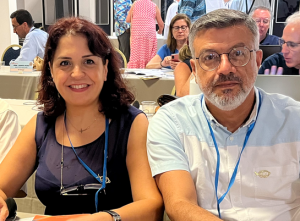 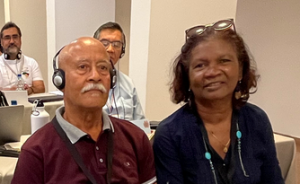 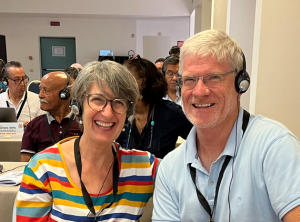 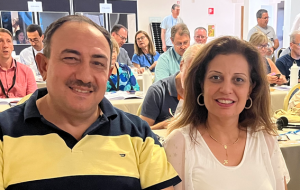 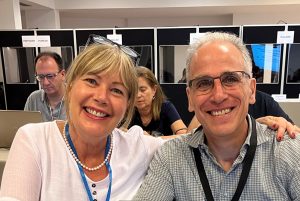